New developments in Asia for NOVOGEN

BACK TO THE NEWS

With a population of around 31 million, Nepal is a culturally rich, landlocked, multi-ethnic, multilingual and Hindu country bordered by India and China and with a border close to Bangladesh and Bhutan in the east. Nepal has a diverse geography, including fertile plains, subalpine-forested hills, and eight of the world’s ten tallest mountains with over 8000 metres, including Mount Everest, the highest point on Earth. Kathmandu is the capital and the largest city. Nepal’s economy relies a lot on agriculture (rice, tobacco, Himalayan herbs, spices etc…), hydropower and tourism whilst working towards developing the associated industrial activities.

Located in the capital Kathmandu, the Khukuri Group was established in 2004 with its main business activities being: veterinary pharmaceuticals, biological, feed additives, animal feed (mash and pellet) and breeding activities by Khukuri Agro Farms Pvt Ltd operating from Chitwan – the poultry capital of Nepal. Aspiring to a common project for developing the Nepal market, Khukuri has entered into a partnership with Novogen. Thanks to new, well-located breeding farms and a well-equipped hatchery, the objective is to meet the needs of the market with high-quality chicks and effective genetics. 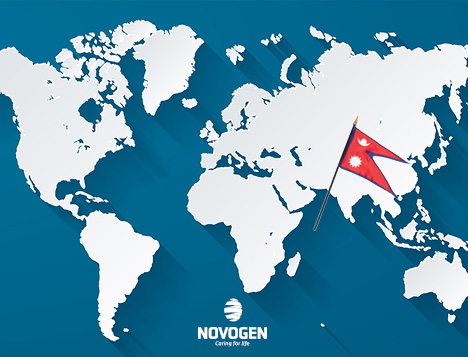 In addition, the supply-chain and professional  services from Khukuri will be at the disposal of the egg-producers whilst at the same time Novogen expertise will be deployed to support our new partner. In conclusion, it will be a perfect mix of competences. As Dinesh Raj Mishra, Executive Chairman, said any successful team work needs to be driven by  the 4 C values: Confidence- Commitment- Consistency- Courage. An additional reason why Novogen suits with Khukuri motto “Pride, Prestige and Synergy Within”.

This website uses cookies so that we can provide you with the best user experience possible. Cookie information is stored in your browser and performs functions such as recognising you when you return to our website and helping our team to understand which sections of the website you find most interesting and useful.

Strictly Necessary Cookie should be enabled at all times so that we can save your preferences for cookie settings.

If you disable this cookie, we will not be able to save your preferences. This means that every time you visit this website you will need to enable or disable cookies again.