NOVOGEN IS PLEASED TO ANNOUNCE A KEY-PARTNERSHIP IN INDIA

Back to the news

With 1.21 billion people  India is  the second largest country in terms of population after China. The country has one of the world’s fastest growing economies and it is the 7th largest in the world in terms of GDP.  India’s economy is diverse : Major industries include cars, cement, chemicals, consumer electronics, machinery, mining, pharmaceuticals, steel, textiles and ….the food-industry with a strong rural sector and a lot of land dedicated to farming! As far as the layer population is concerned, India has reached about 250 million commercial layers . Yearly egg consumption per capita is 76 eggs. Such a key-market need a key-partner…Therefore NOVOGEN entered into discussions with Suguna which resulted in them signing a long-term agreement. 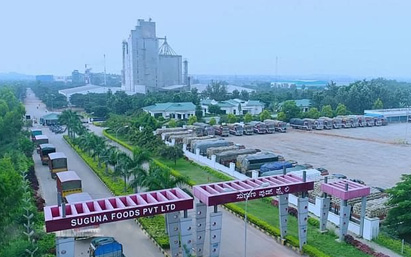 Finally Suguna features as a family-owned company and relies on a successful business-model with this contract farming concept. As said the MD of the company Mr GB Sundararajan, Suguna foods aims to be the Protein leader in India. And no doubt that eggs and NOVOGEN will help …!